By CCN 2 years ago 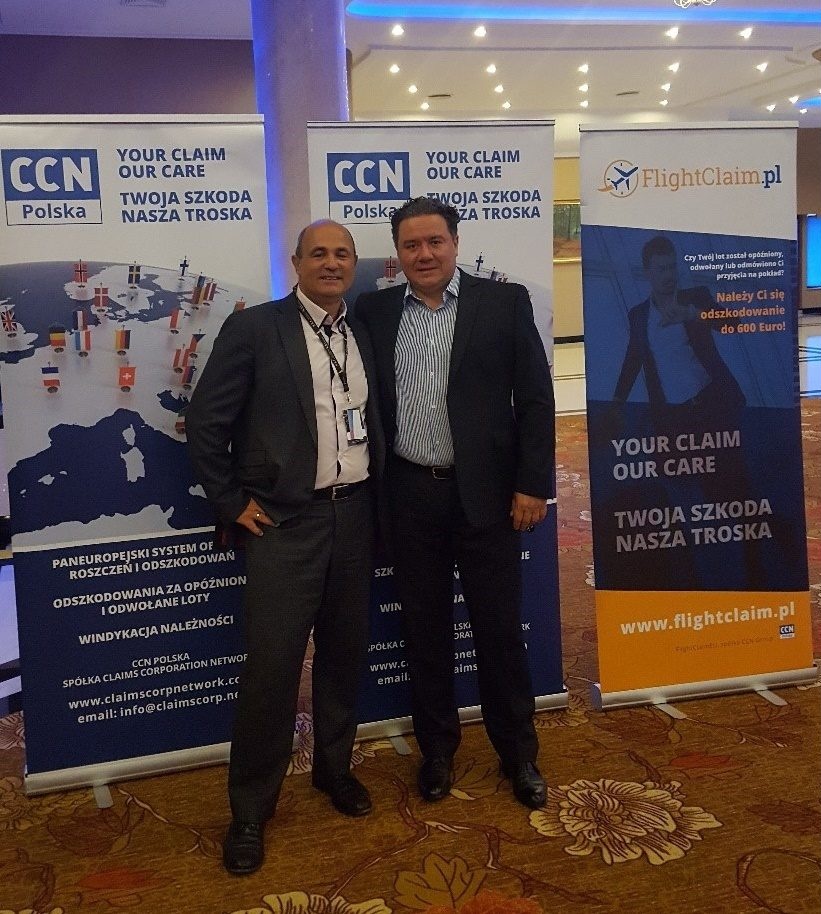 The annual Congress of Polish Insurance Brokers has gone down in history as a prestigious insurance industry convention, but this year’s “XXI Congress for the 21st Century” will undoubtedly stay in the memory of its inspiring participants even more vividly: the newly established CCN Polska will make available the exceptional service value, and innovation of Claims Corporation Network in Poland. It unveiled its plans at its dedicated panel held at the congress.

Maciej Dylewski (Country Manager of CCN Polska) together with Carlo Funke (Business Development Manager at CCN), presented innovative solutions for the insurance industry. Their business goals and broad cooperation model with CCN were presented during a series of meetings, and during the interview given to Congress TV. The productive discussions were not limited to insurance claims services, but also included answers to questions about CCN’s brand FlightClaimEU, which only has just began its activities in Poland with the help of CCN Polska.

CCN Polska, as a part of Claims Corporation Network, met with partners in an exceptionally important period, in which questions about the future environment in which such companies operate, naturally arise. The changes relevant to these firms are determined by multiple factors, including the dynamically changing legal environment and no less dynamic changes dictated by the development of information technology and artificial intelligence. To enhance productivity and spark discussion, participants indulged in an inspiring shared atmosphere. This acted as a counterweight to the serious discussion on difficult topics. The rich entertainment program of the congress included cruises on the surrounding lakes, as well as concerts of well-known bands and an exceptionally intriguing lecture by General Roman Polko, former commander of Polish special forces. Even also those, who are more enthusiastic about sports such as football had no reason to complain.

CCN Polska – along with the 1114 other participants of the congress would like to express gratitude for the organization of such a memorable event, and at the same time to announce its participation in next year’s event. CCN Polska has already started developing an exciting novelty to add to their services for next year…